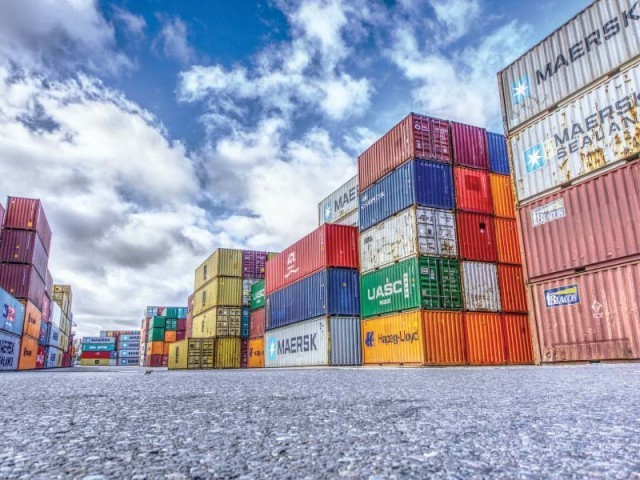 Source of the news: https://tribune.com.pk/story/1919068/2-us-based-cargill-invest-port-infrastructure/

KARACHI: Cargill, the US-based company with global outreach, which is operating for over three decades in Pakistan, is expanding its footprint in the country by diversifying operations mainly into port infrastructure, a top official of the company told The Express Tribune.

The company has announced an investment of $200 million over the next three to five years through joint ventures in port infrastructure, edible oil factories, poultry and animal feed and dairy sector.

The company is all set to acquire meaningful shareholding in one of the import and export terminals at Port Qasim, Karachi. “We are in talks with Fauji Akbar Portia (FAP) Marine Terminals to invest in the import and export facility by acquiring shareholding,” Cargill Country Head in Pakistan Imran Nasrullah said, adding they would soon share details with the media in that regard.

FAP is Pakistan’s first dry cargo terminal built at a cost of $135 million and inaugurated in October 2010. It is a joint venture between Fauji Foundation (FF) and Akbar Group with National Bank of Pakistan (NBP) also holding equity in the company.

It has a capacity to handle four million tons of grain and fertiliser per annum with transit storage in silos or a warehouse at the terminal, according to its official website.

The global trading firm, Cargill, began its operations in Pakistan in 1984. “It achieved close to $1 billion in sales revenue last year in Pakistan,” Nasrullah said.

At present, it is importing edible oil, mainly palm oil; soybean for poultry feed; cocoa for chocolate manufacturing and animal feed ingredients. The company is also doubling its edible oil storage capacity at Port Qasim at a cost of $100 million. “We have oil storage capacity of 8,000 tons at Port Qasim. We are going to double it over the next one year,” the country head said.

Having made palm plantations over around 100,000 hectares in Indonesia, the company imports a significant volume of edible oil for Pakistan. Besides, it will invest around $30 million in animal feed and another $35 million in logistics and trucking to deliver goods at the doorsteps of its clients.

“Our plan is to grow through partnership (in Pakistan),” he said, adding the company had global technology and knowhow, which could help develop local industries in the sectors it was working in.

Nasrullah said the company had plans to increase presence in the animal feed and dairy sector of Pakistan through building partnership with local industries.

He said he, along with a visiting Singaporean delegation, was set to meet Prime Minister Imran Khan in a day or two to propose letting Singapore-based small and medium enterprises (SMEs) invest in Pakistan.

In the meeting, he would ask the premier to legislate for “minimum pasteurisation…to remove vitamin deficiency in (packaged) milk,” he said. If the government agreed, the company would plan to enter the dairy sector of Pakistan as well, he said, adding they had been in talks with two leading packaged milk producers in Pakistan.

The law will help make Pakistan a milk-surplus country. It will increase packaged milk share to 20-25% over the next couple of years from 5% at present.

“This will also help Pakistan export milk powder in the next couple of years,” he said.

Nasrullah pointed out that the Punjab government had done legislation for the dairy sector. “Now, all is required is to implement the Punjab dairy act.”

In the past, the global trading firm exported cotton, wheat and sugar from Pakistan as well.